Congratulations to Alexander Pauli for his virtual tour of Bergiselspringen at Bergisel Ski Jump in Innsbruck, Austria! This virtual tour was chosen as the winner of December’s Tour Tuesday!

Alexander’s virtual tour is part of the 4 Hills Tournament at the Bergisel Ski venue. You can learn more about this venue and event location here.

His virtual tour was chosen based on high-quality imagery, creativity, and capturing ski jumpers in motion. Alexander captured an intense shot of a ski jumper mid-air in the 360° scene below. 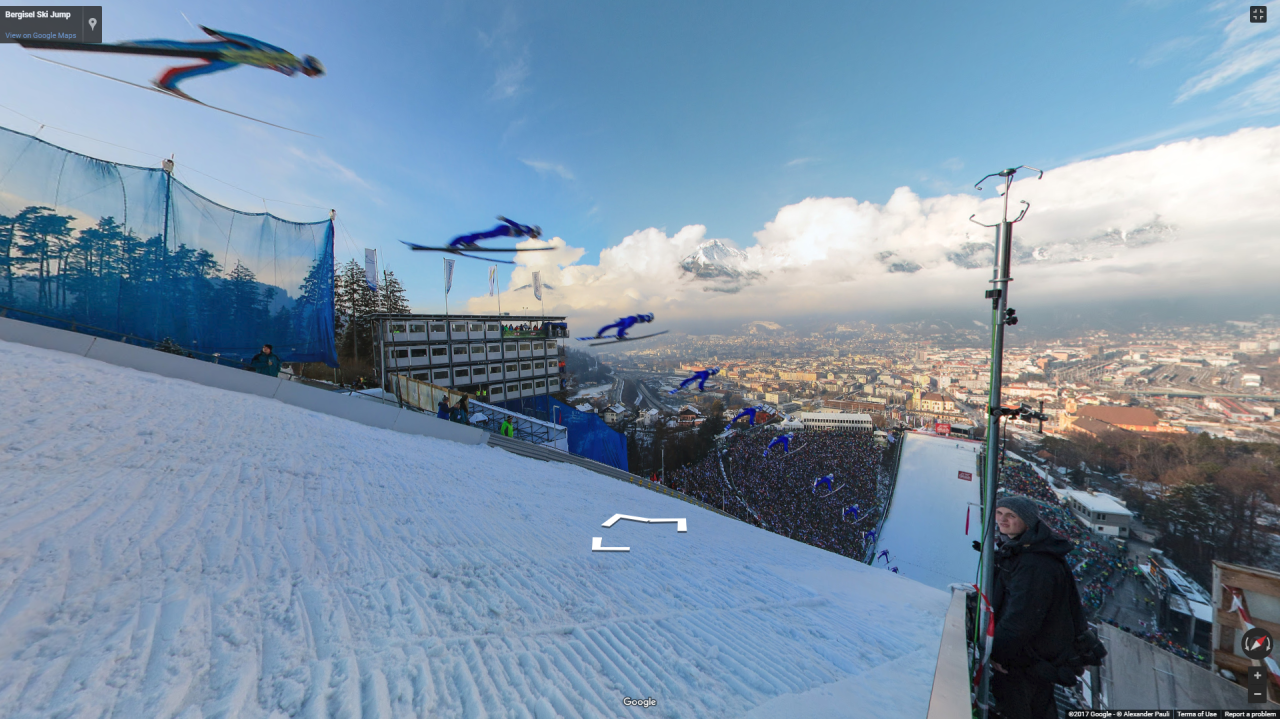 In addition, Alexander's virtual tour is shot of a publicized sporting event, rather than a traditional business. He was able to capture different angles of the ski jump along with a beautiful view of the mountain range and city in the distance.

To view the rest of this ski event, visit the virtual tour on Panoskin.com here.