This month, the Black Lives Matter Street mural was painted in Washington, D.C., with more streets appearing throughout the country in recent weeks.

How We Did It

Once the Black Lives Matter Street mural was painted, the Google Street View team and Panoskin immediately wanted to capture this moment for Google Maps.

We reached out to several photographers in the area, and our photographer Scott Goodson was more than willing to go out and capture the Plaza for Street View with the use of a GoPro Fusion. We then uploaded that footage to Street View using TrailBlazer.

“You can tell that [Black Lives Matter Plaza] is sacred ground now,” Goodson said. “Unlike monuments like the Martin Luther King Memorial, it has a more immediate and accessible feel. One simply walks down the street and there it is. That’s why it has been and will continue to be a venue for the protests as long as these problems exist.”

Goodson noticed that aside from him, the people walking the Plaza were also capturing the moment.

Between documentarians filming interviews, reporters, and people using their phones to capture videos and images, everyone seemed to be dedicated to commemorating this powerful moment in history. 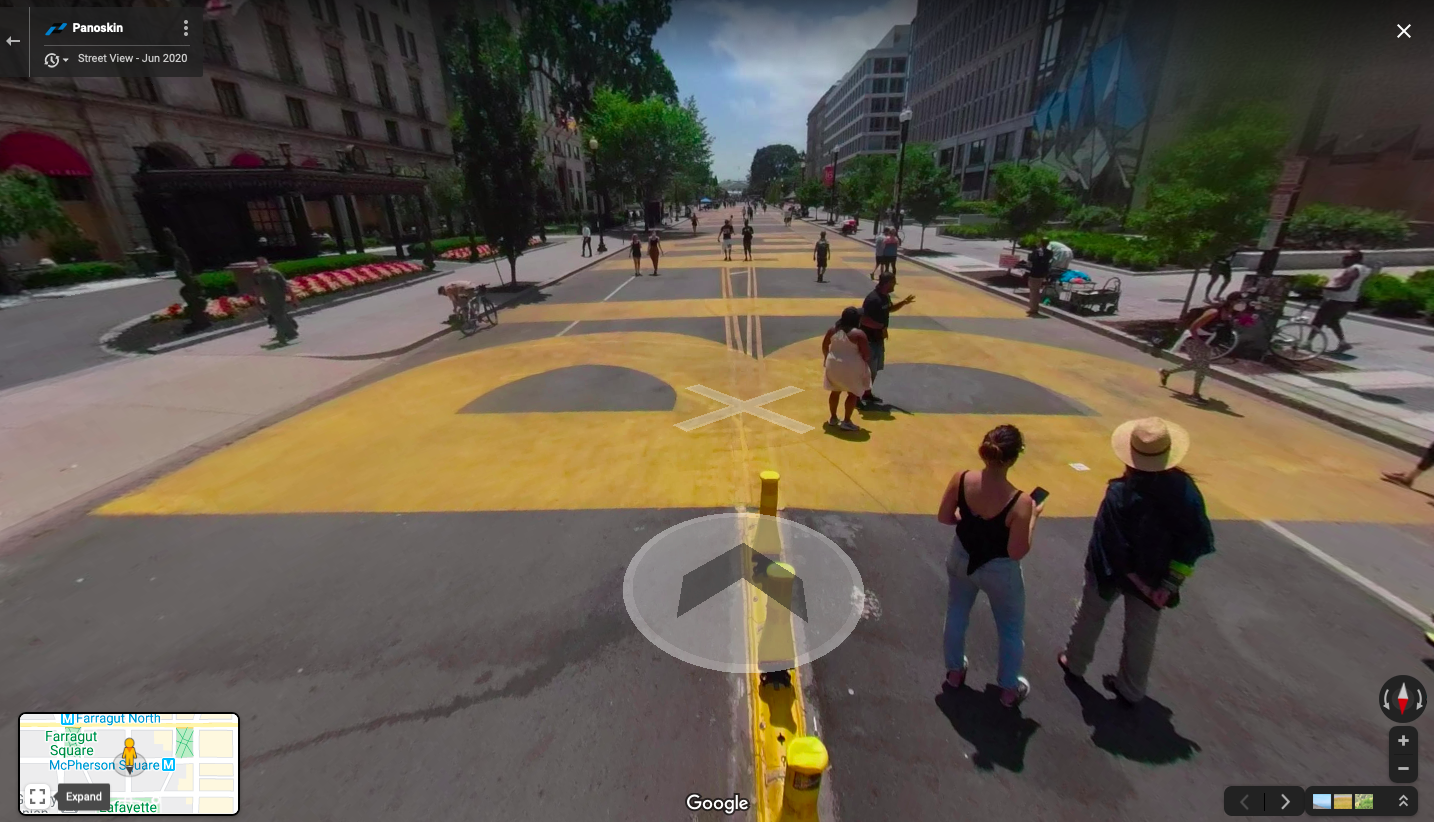 For Goodson, this was the first time he used a GoPro Fusion. Scott mounted the Fusion to his backpack and was able to seamlessly capture the mural by walking the street and connecting to the GoPro app.

“Walking down the street with a camera on a monopod was more than a little awkward,” Goodson said. “I often use a gimbal but having never used a GoPro, I was stressed out that the footage wouldn’t be smooth enough. Then I remembered that this is what they use to film skiing downhill and jumping out of planes.”

Uploading the GoPro footage using TrailBlazer was seamless, and has now captured this monument on Google Street View forever.

Goodson is the owner of his own photography agency, Scott Goodson Photography, and specializes in stills, video, and 3D tours.

Working with our team since August 2013, Scott is one of our most trusted photographers, making him perfect for this very current and important project.

Goodson started his journey shooting sports for the high school paper and yearbook. He then went off to study photojournalism at the University of Texas and continued his journey by photographing commercial property studios as well as product and fashion photo shoots.

When asked about what inspired him to become a photographer, he said, “I’ve always been intrigued by the decisive moment, that can only be captured within a still photograph.”

Taking inspiration from magazines such as Life Magazine as well as National Geographic, his experience as well as his passion for photography and how it can be utilized to preserve a moment in time made him a perfect candidate for this project.