Take a look at the Custom 360° Tour we created from the footage.

Our goal for the space launch was to show the world that Google Street View is not limited to the streets. Using our software Panoskin, anyone can publish interior or exterior spaces directly to Google Street View, not withstanding the stratosphere.

How It All Came Together

Launching the GoPro Fusion and retrieving the footage required a lot of engineering and planning.

To design a feasible payload, it needed to meet the following requirements: 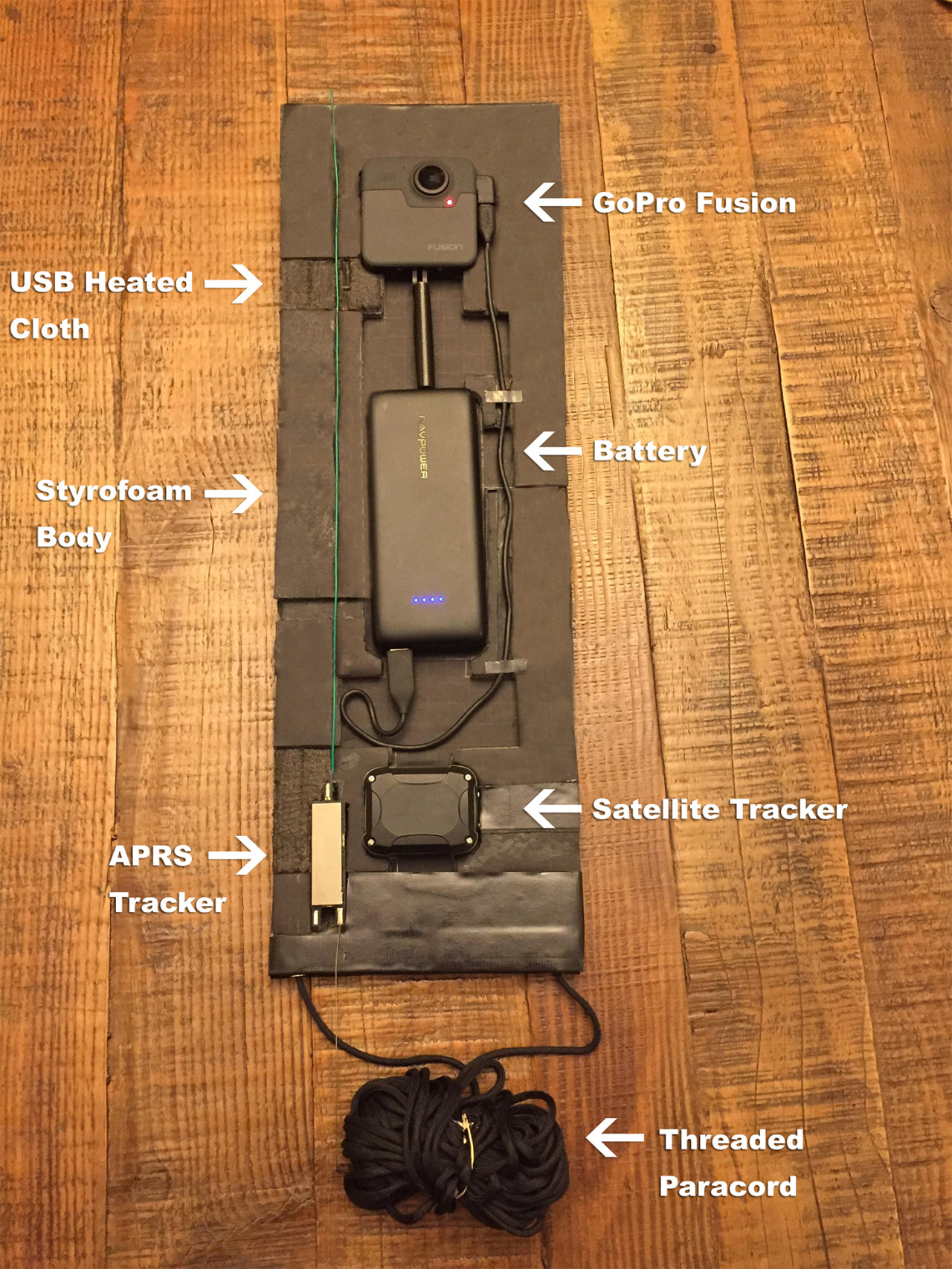 In order to achieve this, the payload was constructed out of sheets of foam board to keep it light, insulated, and buoyant. Using these sheets also allowed for better control of the payload thickness, which determined if the payload could be masked out in the footage.

We also used an external battery pack to power the GoPro for an extended period of time, as well as a layer of USB heated cloth to keep the battery and components warm.

The payload was also equipped with a parachute to ensure that it returned to earth at a safe speed that would not harm people, property, or equipment.

To ensure that we could find and recover the payload, it was equipped with five types of trackers. This included: 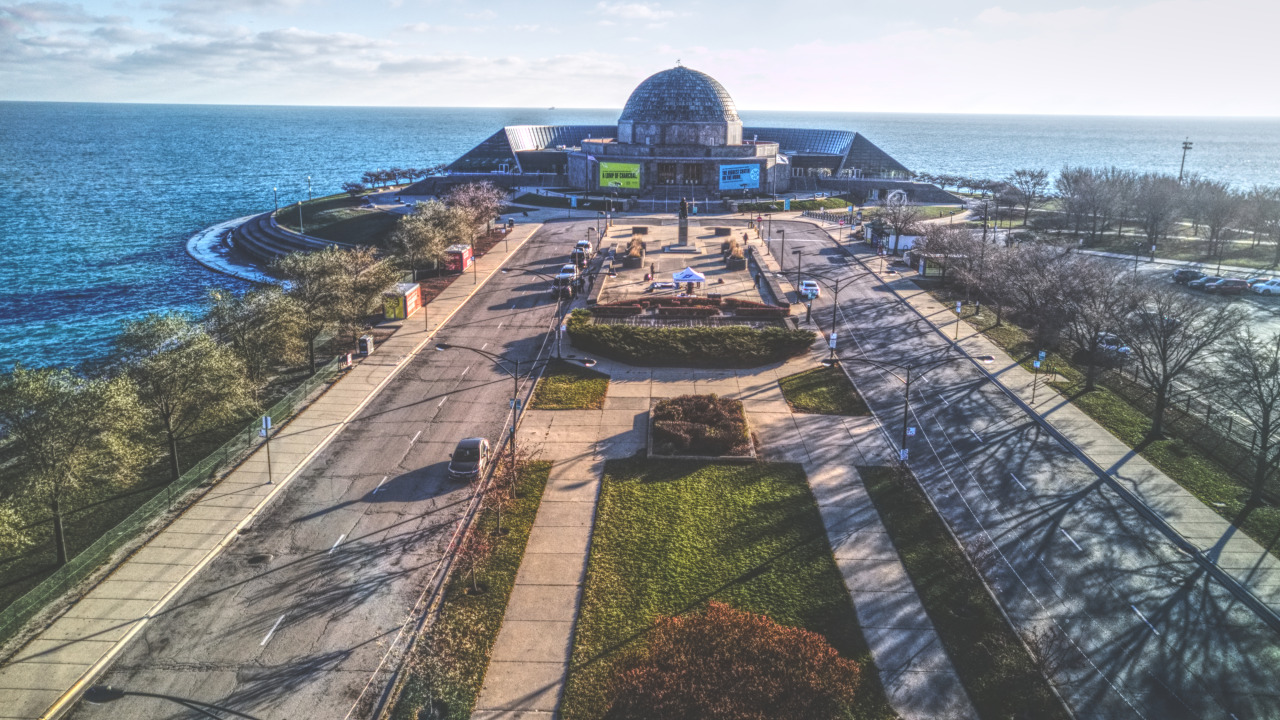 We were thrilled when the Adler Planetarium in Chicago agreed to let us launch from their campus. In addition, we received assistance from Hawken Orbital to make this launch a success.

We had an integration test on-site and discussed everything from the payload to flight trajectories and weather patterns. 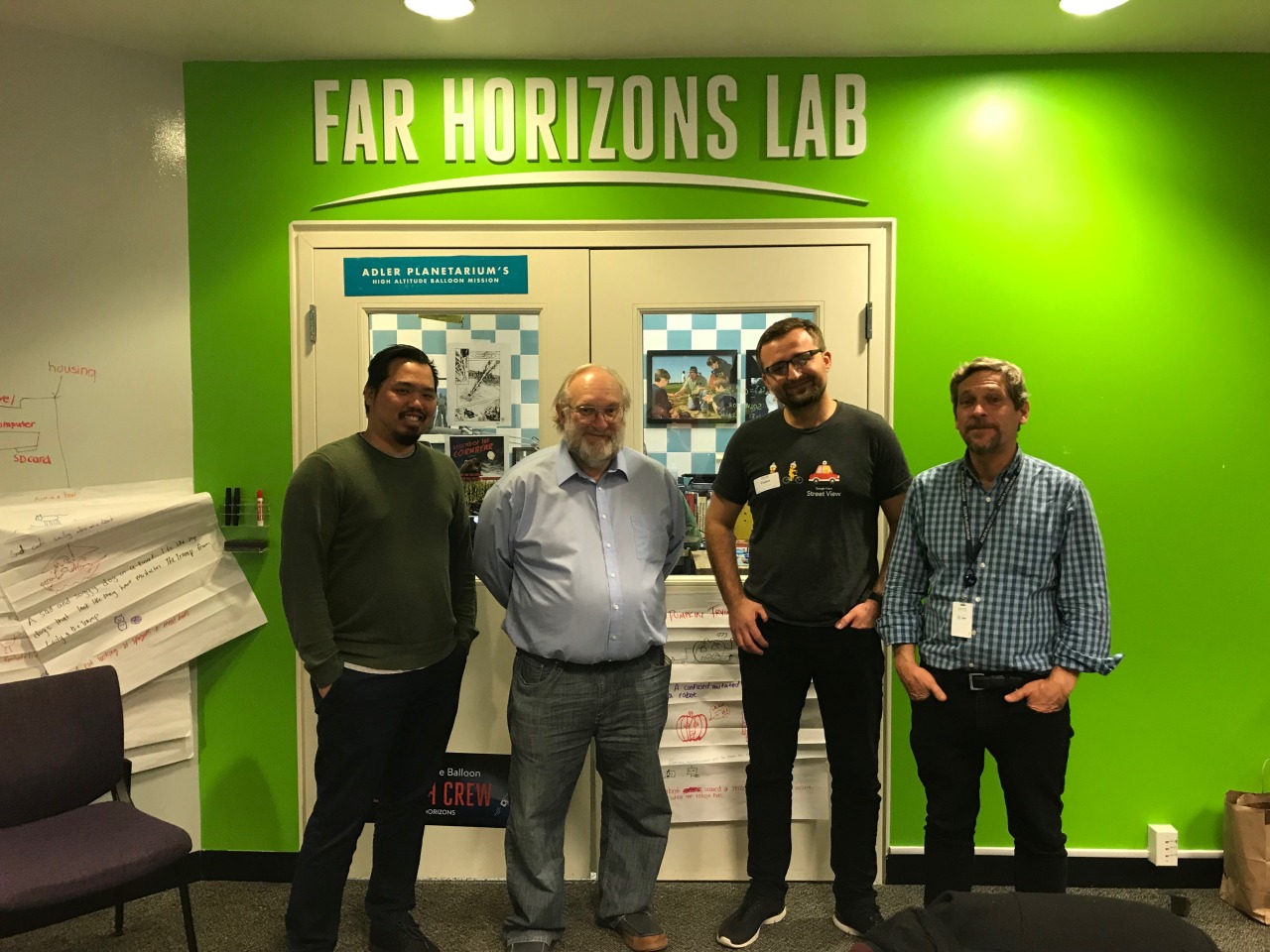 In order to launch as safely as possible, we had a checklist of items to cover:

Our biggest challenge? Weather balloons are typically launched from less populated areas, like desserts and barren farmland. Of the combined 150+ missions that Adler Planetarium and Hawken Oribital flew, none were done from a major metropolitan area like Chicago. And to our knowledge, we were the first. If you are looking to perform a similar project, we do not suggest launching from a major city as it requires months of coordination, meticulous planning, red tape, and lots of proper documentation.

The Day of the Launch 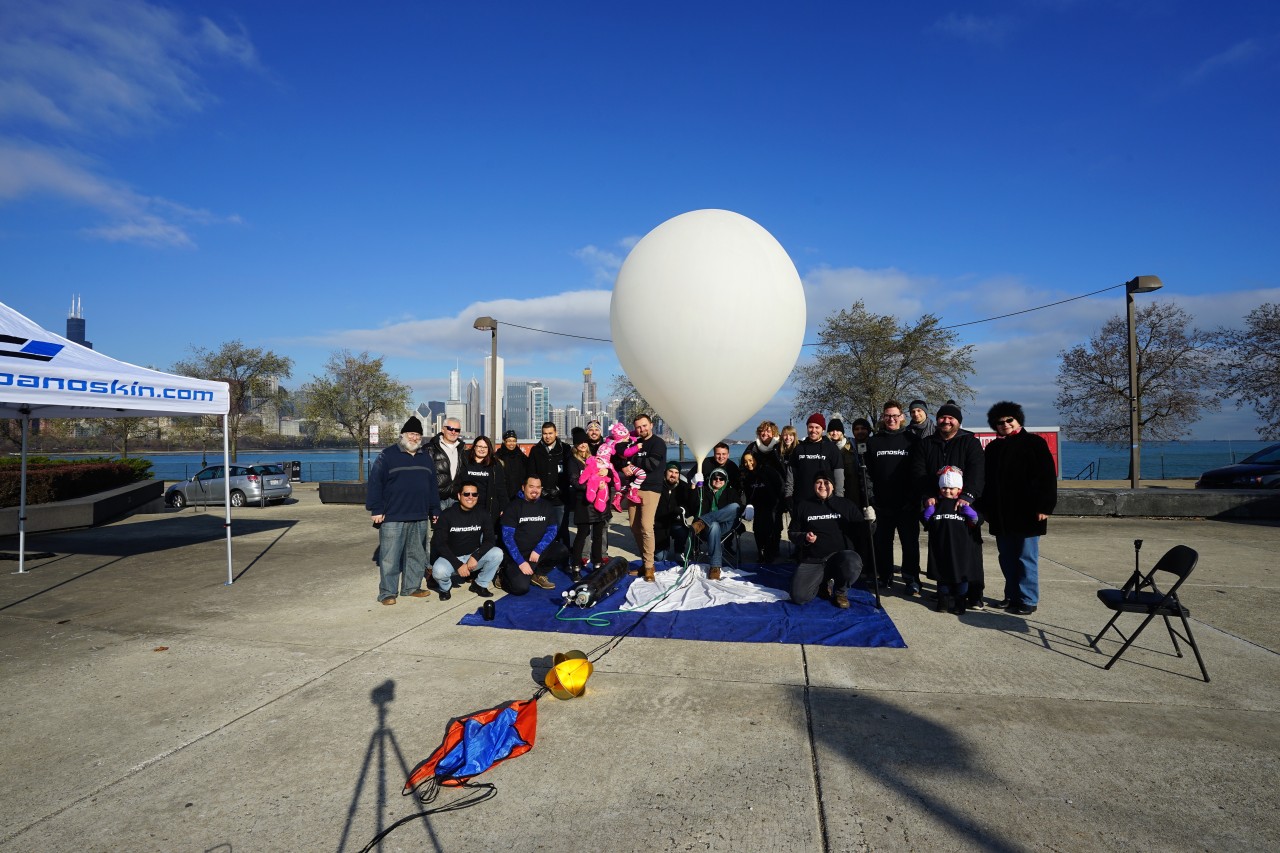 The flight lasted more than an hour-and-a-half and ascended to around 86,000 feet before landing in a cornfield in Berrien Center, MI. The image below shows the trajectory of the weather balloon in green and our retrieval route in pink. 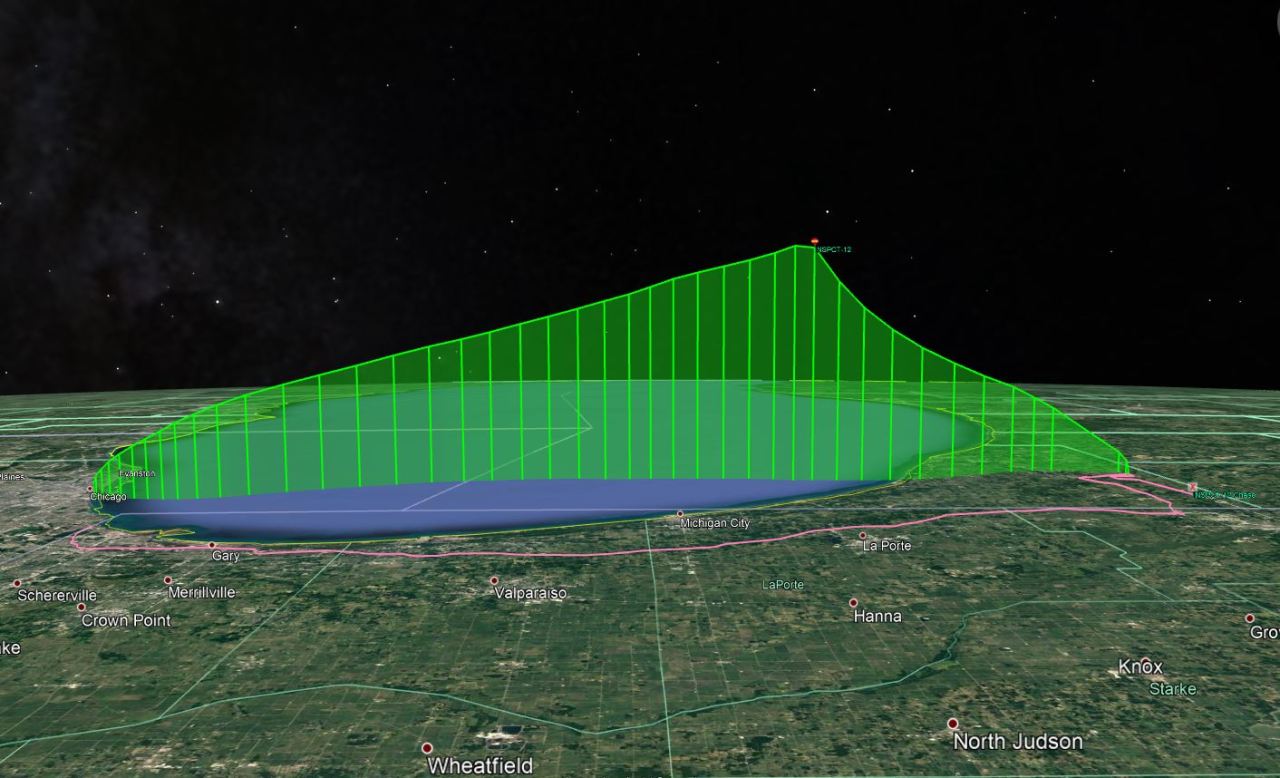 We were able to create the first Google Street View tour to space and a custom virtual tour from the launch. Aside from capture amazing footage, we attracted media outlets from ABC, CBS, and WGN to cover our event.

We got to meet meteorologist Tom Skilling and Demetrius Ivory. 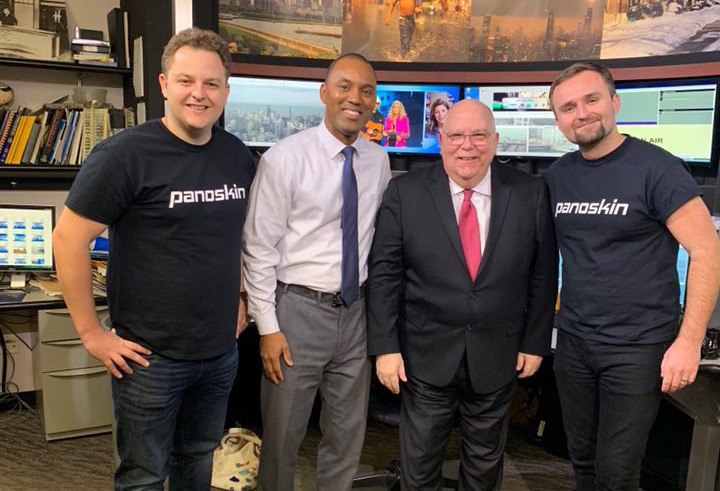 And we appeared on Chicago’s very own WGN-TV to discuss our space launch, Panoskin, and the ability of publishing to Google Street View using the GoPro Fusion.

With the help from all those involved, our space launch was a huge success!